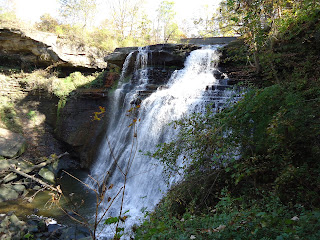 "As long as this exists," I thought, "and I may live to see it, this sunshine, the cloudless skies, while this lasts, I cannot be unhappy." The best remedy for those who are afraid, lonely or unhappy is to go outside, somewhere where they can be quite alone with the heavens, nature and God. Because only then does one feel that all is as it should be and that God wishes to see people happy, amidst the simple beauty of nature, As long as this exists, and it certainly always will, I know that then there will always be comfort for every sorrow, whatever the circumstances may be. And I firmly believe that nature brings solace in all troubles.

Anne Frank
From The Diary of A Young Girl

Posted by Diane Vogel Ferri at 4:43 PM No comments: Links to this post

A Thought to Consider

Moral certainty is always a sign of cultural inferiority. The more uncivilized the man, the surer he is that he knows precisely what is right and wrong. All human progress, even in morals, has been the work of men who have doubted moral values, not of men who have whooped them up and tried to enforce them. The truly civilized man is always skeptical and tolerant, in this field as in all others.  His culture is based on "I am not too sure." 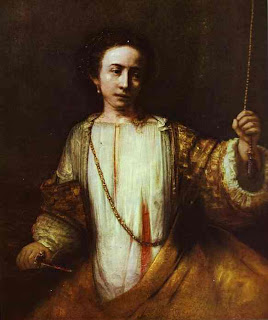 Rembrandt in America is a touring show at The Cleveland  Museum of Art right now. It will only be in three other cities in this country. Art lovers are truly blessed in Cleveland.  I have seen the exhibit twice. The appreciation of art can only be experienced in person with the help of an abundance of information. The museum provides a detailed audio tour that is essential no matter how much you just like looking at paintings.

The photo shown here is from Rembrandt's later years in a style you may not recognize as Rembrandt.  As always when I include art on this blog I will reiterate that this small photo, in no way, can reveal the beauty and intensity of the real thing.  I was  moved to tears as I viewed this painting of Lucretia and the heartbreaking pain in her lovely face.

I was not familiar with Lucretia's story.  It is debated whether Lucretia was a real or mythical character, but evidence points to a real woman who died in 508 AD. She is a legendary figure in the history of the Roman republic. According to the story she was raped by the king's son and her shame was so great that she chose to commit suicide to spare her family her shame. The red streak on her gauzy clothing is her stab wound.  Her suicide was the immediate cause of the revolution that overthrew the monarchy and established the Roman Republic.

As for the rest of the show - well, go, learn, appreciate -  if you can.
Posted by Diane Vogel Ferri at 2:55 PM No comments: Links to this post

Pull your eyes away
from electronic interlopers.
Stave off all urgent replies and forwards.

Gently lay your burdens down
as a baby enveloped in a crib
of blankets and soft comforts.

Guide yourself out where
the humid winds move through you
like shape-shifters,

and the spring peepers
noisily mate in the twilight.
Look up, look up.

Don't wonder how it happens
every night of your life.
Don't say it's beautiful.

Say nothing at all.
Forsake the moment.
Disremember the day.

Look up, look up.
Posted by Diane Vogel Ferri at 5:28 PM No comments: Links to this post

I beg you to have patience with everything unresolved in your heart and try to love the questions themselves as if they were locked rooms or books written in a foreign language. Don't search for the answers, which could not be given you now, because you would not be able to live them. And the point is, to live everything. Live the questions now. Perhaps then, someday far in the future, you will gradually, without even noticing it, live your way into the answer.
Rainer Maria Rilke 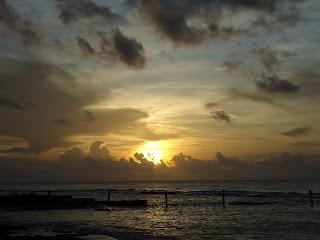 Timely Quotes from Women Long Ago

A woman's body belongs to herself alone. It does not belong to the United States of America or any other government on the face of the earth.. . . Enforced motherhood is the most complete denial of a woman's right to life and liberty.
Margaret Sanger, 1937
Founder of Planned Parenthood whose work led to the legalization of contraception in the US.

I realize that patriotism is not enough. I must have no hatred or bitterness towards anyone.
Edith Cavell
Nurse, humanitarian
1865-1915

Civilization is a method of living and an attitude of equal respect for all people.
Jane Addams
Women's suffragist and founder of Hull House
1860-1935

Because man and woman are the compliment of one another, we need women's thoughts in national affairs to make a safe and stable government.
Elizabeth Cady Stanton
Women's suffragist 1815-1902

Posted by Diane Vogel Ferri at 11:24 AM No comments: Links to this post 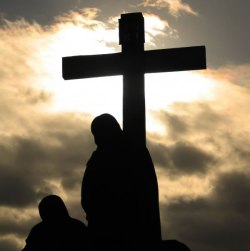 What language shall I borrow
to thank Thee dearest friend?
For this Thy dying sorrow
Thy pity without end.
O, make me Thine forever
and should I fainting be,
Lord, let me never, never,
outlive my love to Thee.


Posted by Diane Vogel Ferri at 9:37 AM No comments: Links to this post 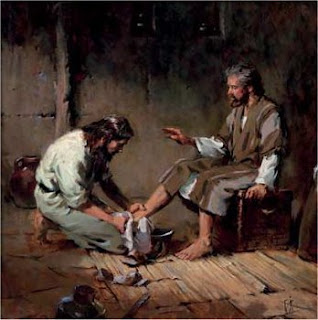 I have set you an example that you should do as I have done for you.
John 13:15
Posted by Diane Vogel Ferri at 7:36 AM No comments: Links to this post 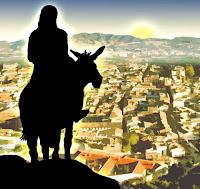 fifty miles farther
into the Virginias,
three crosses
like three birds on a branch gazing down,
singing

thirty miles towards Ohio,three crosses
like three grace notes
in the symphony of sheltering trees
calling

a small wooden cross
plastic flowers, a name and a date
steps from the highway
buckle up

a palm frond cross
hangs from the mirror
my hand floats to my throat, a silver cross
remember
Posted by Diane Vogel Ferri at 2:56 PM No comments: Links to this post