(I didn't write this, but did edit some of it. The author is unknown. I usually don't like anything that speaks for God, but this made some good points.)

It has come to my attention that many of you are upset that folks are taking My name out of the season. I don't care what you call the day. If you want to celebrate My birth just get along and LOVE ONE ANOTHER.

If it bothers you that the town in which you live doesn't allow a scene depicting my birth, then get rid of a couple Santas and snowmen and put a Nativity scene in your own yard. If all my followers did that there wouldn't be a need for a scene on the town square.

Stop worrying about people calling it a holiday tree. I made all trees. You can remember me any time you see a tree. Decorate a grape vine if you wish. I spoke about those in John 15:1-8.

If you want to give me a present here is my wish list.

Instead of writing letters of protest about the way my birthday is being celebrated, write letters of love and hope to the soldiers away from home.

Instead of writing the President complaining about the wording on the cards he's sending out this year, why not write and tell him you'll be praying for him and his family.

Instead of giving your children gifts they don't need and you can't afford, spend time with them. Tell them the story of my birth.

Pick someone who has hurt you in the past and forgive him or her.

Instead of nitpicking about what the retailer in your town calls the holiday, be patient with the people who work there. Give them a warm smile and a kind word. Even if they aren't allowed to wish you a Merry Christmas, that doesn't stop you from wishing them one.

Finally, if you want to make a statement about your belief in me, then behave like a Christian. Don't do things in secret that you wouldn't do in my presence.

Don't forget, I am God and I can take care of myself. Just love me and do what I have told you to do. I'll take care of the rest. 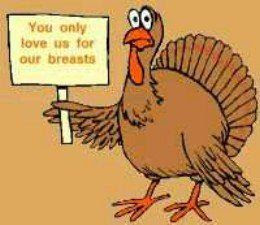 Posted by Diane Vogel Ferri at 8:23 AM 4 comments:

Earth is turning and a massive star burns.
The unfailing harvest from the soil arrives
in its true season and every living day
succumbs to the dark and restive night.

Hearts are beating and lungs expanding,
the brain exerts its power of language and love,
blood strains relentlessly for its destination
as our bodies continue on.

We do nothing in all the days of our lives
to keep these laws in motion
or call them forth to complete their roles.
Nothing we do allows our eyes to open each morning.

And so for all that we cannot do on our own,
for the gift of free will and lives of unending choices,
for this food, and love we learn through time on Earth,
we thank you God for your blessings.
Posted by Diane Vogel Ferri at 7:32 AM 4 comments:

My Day in Verbs 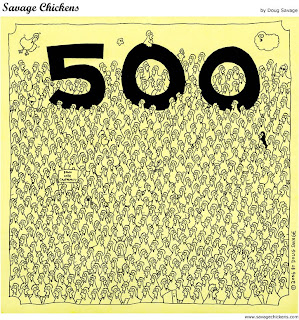 This is my 500th post. I started in September of 2007 and haven't stopped. My first post explained why I chose COEXIST as my title. I wrote " When you think about it, the word coexist embodies all the good and bad of this earthly life. There is very little in life that does not require us to coexist with something or someone."

Much to my surprise I now coexist with many amazing and prolific writers in the blogging world. I coexist with oh, so many "friends" on Facebook. These are new and wonderful ways to be a part of the world, but they also require time, energy, interest and creativity.

What surprises me more than anything is that I have found 500 things to share. I used to lie awake at night fretting over what my next post would be and if all my readers would abandon me if I skipped a few days. Now I just write spontaneously as I am right now.

I appreciate every kind comment and word of encouragement. I have enjoyed meeting a few of my blog followers in person. To be honest, I wish that my readership would have grown much more than it has, yet, I believe I do this for myself more than anything else. It's a bit of a challenge, but more than that, it is self-expression. And if anyone thrives on self-expression it's me!

Blogging has given me a new perspective on people. All the people I've met through blogging have truly been wonderful, creative, often spirit-filled humans that have inspired me endlessly. Bloggers and writers, in my experience, are extremely generous people, and that gives me hope in the future.

So, if you are reading this - thank you. You have blessed my life more than you could imagine.
Posted by Diane Vogel Ferri at 4:56 PM 14 comments:

She buys the magazine at the checkout counter,
the one with the story on that hot actor
she fantasizes about at night
when she is in bed with her husband.

She reads the lies about these strangers cover to cover
as she eats an entire quart of overpriced ice cream.
She could share the magazine with her neighbor
Cindy, but let her buy her own.

Cindy's husband makes more money
and the bitch doesn't even have to work.
She's probably out getting a manicure.
She hates Cindy and her skinny jeans too.

Maybe Cindy's husband will lose his job
in this crappy economy and then all they
will have is their volunteer work at the mission
in the disgusting, rundown area of the city.

She's sick of thinking about Cindy
so she goes up to the bedroom to lull
herself to sleep thinking about the actor.
She'll have a snack when she gets up.

When she awakens an hour later
she looks in the mirror and begins to cry
at the bags under her eyes, the way her makeup
doesn't hide the scar, the frizziness of her hair.

Quotes for a Friday

Be still when you have nothing to say. When genuine passion moves you, say what you're going to say, and say it hot. DH Lawrence

In one and the same fire clay grows hard and wax melts. Francis Bacon

Art washes aways from the soul the dust of everyday life. Pablo Picasso

The secret to being a writer is that you have to write. It's not enough to think about writing or to study literature or plan a future life as an author. You really have to lock yourself away alone, and get to work. Augusten Burroughs
Posted by Diane Vogel Ferri at 7:32 AM 5 comments:

This list was a little harder to come up with, which comforts me. I often fear becoming too cynical in my old age. It also does not mention the very obvious like war or hatred.

My friend and writing buddy, Amy, at the Writer's Closet wrote a list of things she likes so I thought I'd give it a try. The list does not include anything related to family or friends or anything else too obvious.And it's in no particular order. Try your own list and I'll check it out.