A Great Day in America

This morning I read in the paper that the US Supreme Court has upheld the subsidies for the Affordable Health Care Act so that deserving Americans can continue to seek out health care for their families.

Then later in the morning the Supreme Court once again did the right thing and made same-sex marriage legal in all 50 states.  From this point forward it should be simply known as marriage.  I found myself in tears thinking about all the dear friends and family members who will finally have this affirmation of their rights. The sad part is that it has taken so long for all United States citizens to have the equal rights in the area of marriage. (There are still many issues to be addressed ).

I will not argue the case here because I have written about my beliefs a number of times. Those of us who understand that we were ALL created in God's image and that love is just love need no explanation of my tears of joy today. Anyone who knows and loves a gay person needs no explanation.

THEN !!! After all that - I had the television on and they broke into the show to broadcast the funeral service of Rev. Clementa Pinckney who was murdered last week in his sanctuary by a 21 year-old racist along with eight other parishioners.

President Barack Obama got up to speak and he didn't just speak he preached a sermon - a beautiful, passionate and uplifting sermon. Then to top it off Barack began to sing Amazing Grace.

What a day in America. 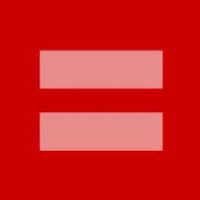 Posted by Diane Vogel Ferri at 3:53 PM No comments:

What Makes A Woman

Well, I am not going to mention her name because it's been over-sensationalized, but there is a famous person who suddenly became a woman. We have been bombarded with photos of her looking very much like a statuesque beautiful woman. But is she a woman just because she looks like one?

I am all for people being who they want to be. I do not know why some people are born in the so-called wrong body or why some people are not solely heterosexual, but I am sure that none of them would choose their circumstances (unless they enjoy being bullied, hated, judged, and discriminated against personally and in the law, or living a lie.)

Allowing other people to be who they want to be without any harassment or judgement seems to me to be the least we can do for each other as human beings. So, I am totally fine with this famous person finding her happiness and stop living her lie.

I am going to quote Elinor Burkett who recently wrote a piece in the New York Times.

People who haven't lived their whole lives as women shouldn't get to define us. That's something men have been doing for much too long….they cannot stake their claim to dignity as transgender people by trampling on mine as a woman.

Their truth is not my truth. Their female identities are not my female identity. They haven't traveled through the world as women and been shaped by all that this entails.  They haven't suffered through business meetings with men talking to their breasts or woken up after sex terrified they'd forgotten to take their birth control pills the day before.  They haven't had to cope with the onset of their periods in the middle of a crowded subway, the humiliation of discovering that their male work partners' checks were far larger than theirs, or the fear of being too weak to ward off rapists.

Hmmm, interesting, right?  As a woman, can't you think of dozens of other emotional and physical experiences that men have never had?

Developing large breasts by the age of 13 completely changed me and affected every day of my life after that. I did not want them (that big).  I hated the attention they drew. It stopped me from continuing things I loved like gymnastics.  Throughout high school I never knew if a boy liked me or them. I couldn't wear the same clothes my friends wore.   THAT, for example, is an experience only a female can understand.

This article did not change my beliefs about people who struggle with gender and sexual identity issues at all but it did make me say - yes, being born a female is a completely different experience than this particular person saying at the end of an interview that she most looked forward to wearing nail polish.  I never wear nail polish and yet, I have lived a lifetime of being a woman.

Posted by Diane Vogel Ferri at 10:44 AM No comments: 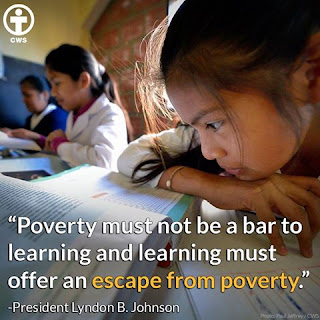 Posted by Diane Vogel Ferri at 11:32 AM No comments: