What If You Were Dorothy?

I've started volunteering to tutor adults who are studying to get their GED. It's only been a few sessions and already I think I might be learning as much from them as they are from me.

I spent all morning working with Dorothy on a language arts packet - excruciatingly dull worksheets on dangling modifiers and parallel statements etc.  At the end of the packet it asked her to write a story about something that happened to her. She thought for a while and then she wrote her story:

She had her son when she was 17 years old. They lived on the streets like "gypsies" for eight years. She wrote about how her every waking minute was spent on trying to meet his basic needs. She did that by "hustling" and dancing in bars.  She would leave him with a friend or acquaintance and buy food for that family with part of her pay. She worked hard for her son.

Then one day her sister came and took him from the babysitter and said she wanted him to play with her son - and Dorothy never saw him again - for 16 years.

When she realized he had been taken she wrote; "I no longer had my reason for living."

I asked her why she was in the GED program and she said because she had to make a new life - stop going to prison. An agency sent her to a halfway house in Akron and then in Cleveland to help her get back on her feet. She is done "hustling" and is getting an education with that support. She has a place to live and best of all her son found her.

Her son was adopted by a minister and his wife. They sent him to college and now he is a minister and gospel artist. Dorothy beamed with pride when she spoke of him.  She said he calls her mom and she has two grandchildren that she sees regularly.

I marveled at Dorothy's sweet nature and positive outlook after all she had been through.  I felt thankful for the social programs that gave her this second chance at life.  I realize her story isn't that uncommon. What was uncommon was sitting next to the person telling it.

So the next time you hear some wealthy politician saying poor people just need to get a job and take care of themselves ask yourself exactly how a 17 year old with a baby and no family support, no home and no education would do that on her own.

This country needs to get real about poverty. We can pay to help people out of poverty and horrific situations now or we can pay by keeping them in prisons and dealing with unwanted uneducated angry children. We pay one way or the other. Just imagining that  everyone has an equal playing field  doesn't make it so.
Posted by Diane Vogel Ferri at 9:36 AM 3 comments:

When the Seasons Overlap

One goes down in orange flames,
the other arises in wet white and
the melancholy creeps into your present tense:

The autumn your bones hurt to the marrow,
the winter you bloomed in the brief daylight,
with mouthfuls of bitters, eyefuls of beautiful children.

The days you lost, the reinvented joy,
the unopened books,
a bird singing in the night.

Out of purple darkness the world
turned to face the sun again, and
everything and nothing had changed.

The miles and years like graffiti on your skin,
the generosity of prayer days,
bent on your knees before a creation sky.

And this is what God does:
sends you on a journey in a homeward direction,
makes the dark a light in you,
sings you resurrection songs
until the urgency has passed.
Posted by Diane Vogel Ferri at 3:24 PM No comments: 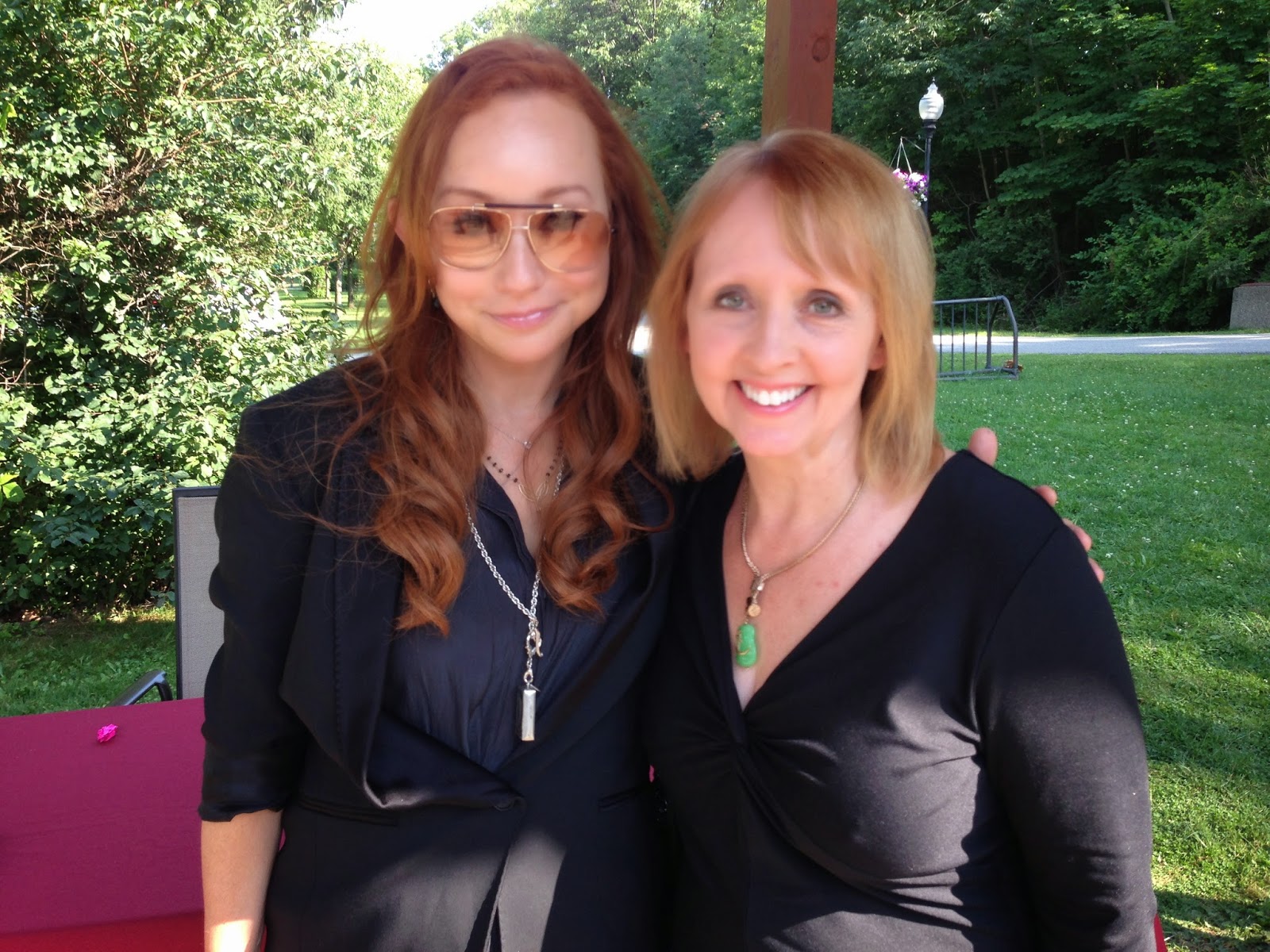 Well, once again this blog has been woefully neglected. Life has gotten in the way, but I'm going to try again. I still want to use this blog for the good and positive, but I must start out with one of the highlights of my summer to get caught up.  I met my musical idol of the past two decades - Tori Amos.

If you don't know Tori's work I wouldn't necessarily recommend her to you. It seems like you would have been drawn to her music already if you needed it.  She is definitely an acquired taste.  Many people say they like her from hearing a radio hit or two from the '90's, but to really follow her through the years has been a true blessing in my life.  One of the reasons is because my daughter and I share the same love of Tori.  I'm not sure how that happened, but probably because she was forced to listen to "Little Earthquakes" obsessively in her young teens and she was perceptive enough to get it. We have gone to many concerts together (even once in NYC) and we did that this past August 7th when Tori came to Cain Park in Cleveland Heights, Ohio.

I had read that Tori would greet her fans before the show, so on the day of the show I called the venue and was told the "meet and greet" started at 2:00. It was 12:45.  I called my daughter, we pondered it for a moment and simultaneously said "I'll be ready in 10 minutes and meet you there."  We got there at the same time and went to the end of a line of probably 100 people. We stayed pretty much at the end of that line until 5:30 when we were approaching Tori.

Tori Amos had stood outside and greeted every single fan individually. She hugged, listened, signed things, took photos and treated every single fan as if they were the only ones there. Tori fans, you see, adore HER, not just her music. Her lyrics make you think she's written them just for you.  I was trying to prepare myself for being cut off because of the time because it was one of those too-good-to-be-true moments. My daughter was an emotional wreck as we got closer and closer.

I didn't want to say what the last 100 people had said - your music saved my life when I was drowning in despair - I've loved you since "Little Earthquakes" - I have memorized every one of your hundreds of songs - blah, blah, blah.

So I told her that my daughter and I were together at every concert and that we had a mother-daughter dance to her song "Body and Soul" at her wedding. I told her she had helped me become a poet and I gave her my poetry book "Veracity".  She looked at it as if it was a precious jewel then looked at me and said, "You wrote this Diane? Thank you."

But I wanted my daughter to have the time she needed so I brought her forward and I moved back to take photos of the moment.  The photos show Tori immediately engaged with my daughter, taking her arms and speaking to her with intensity. Somehow Tori knew exactly what to say to my daughter that day - like she had a sixth sense. I won't share what was said, but it was beautiful.

We walked away crying and saying "did that just happen?"A truly surreal moment in life.  One I will never forget.  Even better, my son and his wife joined us for the two-hour spectacular concert that night.

I am not a groupie or an idolizer. I hate celebrities and celebrity worship and everything they stand for in today's society. That is NOT what this is. It is being touched by someone doing what God created them to do. Tori was a child prodigy and got kicked out of a prestigious school as a young girl for rebelling against what she was supposed to play - and that has been her legacy. She is 100% who she was born to be. I admire and respect that. I LOVE her music and the lyrics, and watching her greet every fan as she did that day made me love her even more.

Tori Amos is 51. I am a bit older, but the music is growing with her. Her most recent album contains songs about the experience of aging. I can't get that from a 24 year old pop star.  We're growing together and that is a rare and lovely thing.
Posted by Diane Vogel Ferri at 10:11 AM 1 comment: